info_outline What is Ontology

Ontology system architecture has a flexible design allowing for expansions and support for ever growing applications. The businesses Ontology aims to support include distributed ledgers, smart contracts, distributed authentication protocols, distributed data exchange protocols, and more. The layers of Ontology network can be divided into three: core layer, application layer and user layer. Core layer is composed of protocols and chain groups, application layer is composed of partners, application frameworks and modules, and the user layer is composed of Ontology ecosystem application users. Partners hold great importance building the Ontology ecosystem. Milestones. In 2017, Ontology was the first China based blockchain project to join DIF. In 2018, Ontology released the VBFT consensus algorithm, announced the consensus economic model, released the ONTO app, was selected as a part of Microsoft Accelerator and announced their sharding design. In 2019, Ontology development platform was added to Google Cloud Marketplace, and Ontology multichain design, WASM Testnet and multichain testnet was released. Utility. 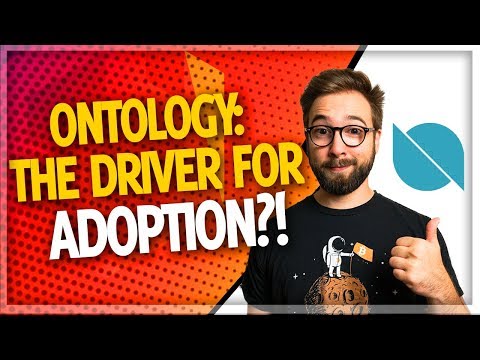 Token Talk Tuesday returns with an Ontology cryptocurrency review! After a couple of days looking into Ontology, I wanted to share what you need to know ...

The whitepaper of Ontology is 36 Pages long.

Ontology was founded back in February 2018. Its source code was released publicly on github on April 2018 under the Other license. Organization wise, Ontologys Development is Semi-centralized and is being developed under the lead of Xianping Mao.

The consensus on which the Ontology network is run is called Ontology Consensus Engine, while the underlying algorithm is called VBFT. In the current state of Ontology currently is Working product

There are no events for Ontology in the next 3 Months

The Google Trends chart displays the search interest on google in Ontology relative to its peak over the last year. A rising chart shows growing interest int he project.

Every change to the codebase of Ontology is registered as a commit. More active projects have many commits, dead projects nearly none.

Convert between ONT and USD with the live Ontology prices, aggregated from all big exchanges that trade Ontology.

Jun Li - Founder Li has a rich academic background, including a Bachelor’s degree in Computer Science, Master’s in Communication Engineering, MBA, and PMP. He is a senior blockchain architect and blockchain solutions professional with 16 years’ work experience in IT and fintech. Li previously provided technical architecture, management, and planning support for top international IT firms and major Chinese financial exchanges.