info_outline What is Steem

In fact, the Steem blockchain not only processes more transactions than Bitcoin and Ethereum combined, it actually processes more transactions then the next 11 blockchains (in order of transactions) combined!. The Steem blockchain creates opportunities for entrepreneurs by providing a scalable blockchain protocol which their application can tap into that is capable of storing a user’s content, social information, account information, json metadata, and more, while simultaneously empowering those users to earn cryptocurrency tokens (called STEEM) in exchange for sharing that information. The STEEM token features best-in-class properties like 3 second transfers and no fees thanks to Steem’s 3-second blocks and Delegated-Proof-of-Stake algorithm. With the upcoming release of the Smart Media Tokens protocol (SMT), the community will be adding to the Steem blockchain the capability to allow an entrepreneur, developer or community builder to launch their own customizable STEEM-like tokens on top of the Steem blockchain equipped with specific smart contracts for ICOs, Automated Market Makers, Autonomous Token Distribution, Founders Tokens, and more.

SMTs will take full advantage of the Steem blockchain’s speed and unparalleled scalability to enable entrepreneurs to monetize their platform and bootstrap the value of their coin by leveraging all the lessons learned from Steem and Steemit.com. More details can be found in the SMT Whitepaper at smt.steem.io.. 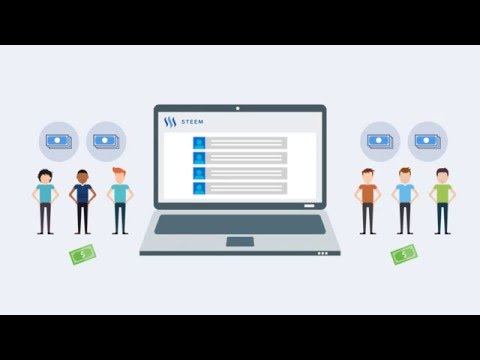 Steem was created to empower people across the world and incentivize good discussion on the internet. The underlying technology is open source and free for ...

A new way for publishers to monetize their online content and community, based on battle-tested blockchain technology. Steemit is a social media platform where everyone gets paid for creating and curating content. It leverages a robust digital points system (Steem) for digital rewards.

The whitepaper of Steem is 26 Pages long.

Steem was founded back in March 2016. Its source code was released publicly on github on March 2016 under the Other license. Organization wise, Steems Development is Semi-centralized and is being developed under the lead of Daniel Larimer.

The consensus on which the Steem network is run is called Delegated Proof of Stake, while the underlying algorithm is called DPoS. In the current state of Steem currently is Working product

/r/steemit is a subreddit for discussing Steemit.com, a blockchain-based social media platform that rewards interactions.

🇬🇧 English-speak community chat group about STEEM in Telegram
❗️Rules:
Be respectful
📌 Link for your new posts
https://telegram.me/upvotechat
✅ We are for high-quality content, don't spam!

There are no events for Steem in the next 3 Months

The Google Trends chart displays the search interest on google in Steem relative to its peak over the last year. A rising chart shows growing interest int he project.

Every change to the codebase of Steem is registered as a commit. More active projects have many commits, dead projects nearly none.

Convert between STEEM and USD with the live Steem prices, aggregated from all big exchanges that trade Steem.

Ned Scott - Ceo Ned Scott grew up at the foot of Wall Street, witnessing the true value of hard work first-hand. Years later, the Steem blockchain he founded deploys his bleeding-edge innovation, Proof-of-Brain, to allow entrepreneurs to be rewarded for their own contributions. After studying psychology and economics at an elite liberal arts college, Ned soon began his own private study of blockchain and cryptocurrency. While working a financial desk job, he began intensive research, gleaning knowledge from top software and financial engineers. His team of experts have now disrupted two industries, building the world’s first successful blockchain social media platform (Steemit.com). Since 2016, more than 350 additional dApps have been built on the Steem blockchain, more than 1 million users transact on the networks, and hundreds of millions of dollars of cryptocurrency has been distributed to everyday entrepreneurs around the world. Even as Ned has become a recognized pioneer of the tokenized internet