info_outline What is Mixin

Mixin is an effort to find a balance in distributed network and traditional server clusters, make some tradeoffs to combine the pros of the two together. • Limited and trusted full nodes with guaranteed data transparency and consistency. • Zero-knowledge proof and free transactions with high throughput and low latency. 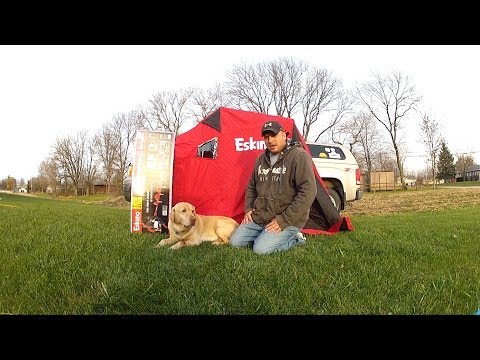 Here is a review of the new Eskimo wide 1 inferno flip over 1 man ice shack. I hope this helps some of you out. Any questions please feel free to ask. Thank you!

A messenger that transfers all crypto currencies with end to end encryption. A free and lightning fast peer-to-peer transactional network for digital assets. The Kernel BFT consensus is secured by a strict punitive PoS. If a kernel node is determined to be an attacker, all its collateral will be recycled into the mining pool. TEE enforcement ensures three important security and trust factors for Mixin Kernel. Mixin Light node is a simplified payment verification (SPV) node for Mixin Kernel. It stores all unspent outputs for easy account balance query. Low latency matters. The Mixin DAG equipped with aBFT gives Mixin Network > 1,000,000,000,000 TPS capacity with a final confirmation time of under 1 second. A loose mesh topology made up of kernel nodes are responsible for transaction validations and persistence. Unlike blockchain, there are no ‘blocks’ in Mixin Kernel, all transactions will be broadcasted at an exponentially increased speed. Mixin Kernel utilizes the UTXO model of Bitcoin to handle transactions. The CryptoNote one-time derivation algorithm is also used to improve privacy as there are no address reuse issues that come with it. The three Ghost Output thresholds used will improve privacy while also forcing the outputs random amounts.

The whitepaper of Mixin is 11 Pages long.

The exact founding date of Mixin is unfortunately not that clear. never released their source code, which makes it an intransparent and hidden project with no guarantee that their product works or is being developed. Organization wise, Mixins Development is Centralized and is being developed under the lead of Cedric Fung.

The consensus on which the Mixin network is run is called Not mineable, while the underlying algorithm is called None. In the current state of Mixin currently is On-going development

The Official Mixin Community on Reddit. Mixin Network is a free and lightning fast peer-to-peer transactional network for digital assets.

There are no events for Mixin in the next 3 Months

The Google Trends chart displays the search interest on google in Mixin relative to its peak over the last year. A rising chart shows growing interest int he project.

Mixin is not open source and can therefore not be analyzed. This will automatically give Mixin a rating of 1 as a penalty for not being open-source.

Convert between XIN and USD with the live Mixin prices, aggregated from all big exchanges that trade Mixin.