info_outline What is Stellar

General Data and Information. Launched in 2014 by Jed McCaleb (formerly of Ripple) and David Mazieres, Stellar is a decentralized open-source network for the exchange of over 500+ assets (including tokens and fiat) via the Stellar Consensus Protocol. As the global remittance market was worth nearly 600 billion US dollars in 2016 (with small cross border transactions attracting comparatively high fees and slow service), easing the friction on these remittance payments would help Stellar capture a significant share of this underserved and antiquated market. In the Stellar network, users make payments (in any acceptable currency, fiat, gold, XLM) with other users, with the debts between trusted users being recorded on the decentralized ledger. When the payments are finalized the balance of the users are recorded upon the ledger.

31st July 2014 - Stellar Network launched. Non-Profit Stellar Development Foundation created to assist with development. 31st July 2014 - 3 million USD in seed funding from Stripe. August 2014 - First exchange utilising Stellar Network (Mercado Bitcoin) annouced. November 2015 - New Consensus algorithm (SCP) goes live. May 2017 - Lightyear.io (for-profit arm of Stellar, now known as Interstellar) launched. Steptember 2017 - Stellar Partnership Grant Program announces grants for development on Stellar Network. Utility. Stellar Lumens (XLM) is the native currency of the Stellar blockchains and has several uses. The first use case is as a token for establishing your account, it is a minimal amount (1 XLM), to prevent network spamming. The second use case is for payments to establish trustlines from one payment node (account) to another account. Payment fees (0.00001 XLM) are another use case for the native currency, and larger users will also be required to use Stellar Lumens to be able to issue assets on the Stellar blockchain. The last use of Stellar Lumens is as a bridging currency and liquidity provider between users and chains who have no common currency to complete exchanges.

As all the participants are transacting on the Stellar Network, XLM is the common currency for the blockchain. Thus, any “missing” assets required for a chain of exchanges can be substituted for the native Lumens. Significant Features. Transactions are pseduo-anonymous. Funds are sent address to address, but an owner identity can eventually attributed to an address given enough data and analysis. Low energy usage and high network speed using Stellar Consensus Protocol. Total Supply uncapped. Peer to peer currency exchanges, tokens and fiat. All users are able to issue tokens on the Stellar Network. Open-source and highly decentralized. References: .. 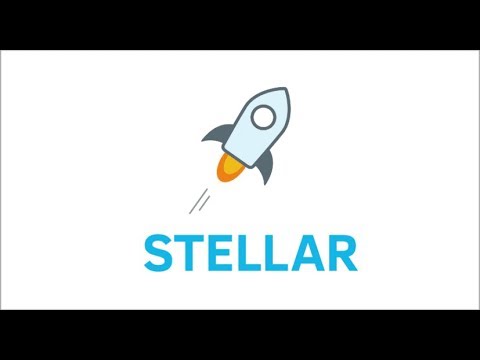 What Is Stellar Lumens XLM? The Basics - For Beginners | The Modern Investor

What Is Stellar Lumens XLM? The Basics - For Beginners

The paper introduces a new model for consensus called federated Byzantine agreement (FBA). FBA achieves
robustness through quorum slices—individual trust decisions made by each node that together determine
system-level quorums.

Stellar was founded back in July 2013. Its source code was released publicly on github on November 2014 under the Other license. Organization wise, Stellars Development is Centralized and is being developed under the lead of Zachary Freundt.

There are no events for Stellar in the next 3 Months

The Google Trends chart displays the search interest on google in Stellar relative to its peak over the last year. A rising chart shows growing interest int he project.

Every change to the codebase of Stellar is registered as a commit. More active projects have many commits, dead projects nearly none.

Convert between XLM and USD with the live Stellar prices, aggregated from all big exchanges that trade Stellar.

Jed McCaleb - Founder Jed McCaleb is a co-founder of Stellar Development Foundation. Previously, he created eDonkey2000 which became one of the largest file-sharing networks in its time

Stellar (XLM) is a public distributed payment system that belongs to the Stellar Development Foundation. The coin has retained its position among the top ten most popular cryptocurrencies in the world. The interesting thing about the technology is that while other altcoins follow the prices of Bitcoin and Ethereum, Stellar (XLM) often shows signs of growth.
Stellar’s main vision is to establish a decentralized banking system. It seeks to make its coin Stellar Lumens a global currency that would be globally recognized and accepted which will result in its being used for daily transactions. A user can pay a bank some fiat currency (e.g. USD, Euro …) and the receiver could collect the payment in another fiat currency, in the same way, Stellar Lumen will be used as an intermediate technology (Mazieres, 2019). The transaction will take much lesser time and cut down heavily on the transaction charges as compared to conventional banking (Applicature, 2018).
Since the network aims to provide freedom in terms of currency dealing, it is essential that it should have access to huge amounts of different fiat currency reserves. This would be achieved by working hand in hand with banks. However, banks are not showing interest in adopting the technology as they would lose a major portion of their revenue stream, should they partner with the technology.

The actual product the Stellar network aims to offer is to serve as a distributed platform where a user could send a currency of choice and the receiver could receive the payment in a currency of choice. The platform has not been built yet, however, it is a work in progress.
The main project is facing some hurdles in its implementation. The foundation has shifted its focus to another project to create a platform where developers could develop their own DApps. There is a chance that Stellar (XLM) might be successful in delivering the project.

The founding figures of the Stellar network are Jed McCaleb and Joyce Kim. McCaleb is a well-known expert in his field. He founded eDonkey2000, a file-sharing program. However, the company was put down soon after its release and the company had to pay 30 Billion Dollars in compensation for copyright violations. McCaleb created another website known as MtGox which he later sold, while still holding shares of the platform (McCormack, 2019). He co-founded Ripple in 2012/2013 and left the team in 2014 to create his own cryptocurrency Stellar Lumen off a Ripple fork. His ethical values might have not always been good and he could be a possible risk factor.

How things stand for Stellar

A highly anticipated project named Stellar Lightning was scheduled to be released on 1 December 2018. However, due to some undisclosed events, the deadline was missed and there’s no update regarding the project lately (Stellar Development Foundation, 2018).
Stellar team has only distributed a mere 20% of all its Lumen coins among its users. It plans on distributing the rest of the 80% in the next 10 years. However, not every user will be getting the Stellar Lumens airdrops. Only those user accounts who would have at least 0.05% of all votes would receive the distributed amount. A large share of the cryptocurrency will be retained by the Stellar team. When 20 Billion Lumens were distributed among bitcoin holders, only 2 Billion Lumens were claimed and the Stellar Development Foundation took the remaining 18 Billion Lumens.

The Stellar Development Foundation is an entity solely devoted to the development of the Stellar network. They are working on multiple projects. Frequent code changes and updates are seen on their GitHub repository where over 50 contributors are working actively.

From how things are going, it would not be deceitful to say that Stellar (XLM) might successfully achieve worldwide recognition as an intermediate mode of payment in the banking sector. However, there are many obstacles to clear before that can be achieved.

The main project that Stellar Development Foundation is working on is building a platform that would enable its users to send and receive payments in any currency of their choice. The foundation is also working on the development of an ICO platform of their own so that new altcoins could be built on top of the Stellar Network.

The main hurdle in the successful implementation of the Stellar network seemingly is the possibility that banks would not be in favour of it as it could render them obsolete and affect their stream of revenue. If Stellar (XLM) could somehow get banks to collaborate with them on their network, it could potentially become the most influential intermediary for global transactions.

Perhaps Stellar (XLM) biggest competition is Ripple (XRP). Ripple is the parent technology of Stellar (XLM) and wants to achieve the same goals.

Stellar (XLM) is focusing on bringing the payment processing companies on board for the successful implementation of the Stellar network. One of the advisors of Stellar is the current CEO of Stripe, which is a well-established online payment processing company.
Also, Stellar is in discussions with IBM to create a new blockchain that will be user-centric and will promote the usage of IBM services and Stellar’s technology (Iqbal, 2019).

Stellar (XLM) has consolidated its community over the years. It has more than 100,000 subscribers on the official Stellar (XLM) page on Reddit. It also has become the fifth largest cryptocurrency in terms of market capitalization.

The main lead of the Stellar Lumen is Jed McCaleb who is an experienced individual with a vast amount of knowledge and business skills. There are around 50 active contributors who tirelessly work to develop and enhance the Stellar network and its products.